Charlotte is studying Migration and Diaspora Studies at SOAS, London. She is currently researching The Sewell Report (2021), and wider UK race relations, through a radical intersectional feminist lens.

Ravenously scanning streaming platforms, I spy Wonder Woman (2017) – brawny women demolishing men with golden whips, what’s not to love? The film’s prelude left me titillated and empathising with some critics' desire to declare this “a masterpiece of subversive feminism”. Then came the rest of the film, as did my visceral confusion. Where some see a "feminist hero”, I see a petulant protagonist – captured in pornographic cinematics and a patronising plot. It conjures the palatable feminist; vocal but not aggressive, sexy but modest, independent but mentored. Diana (Wonder Woman) is the ‘right kind of feminist’ because she is strong in a kind, nurturing way – What! I find this civilises, not embodies, our modern feminist icon.

A fossilised model of womanhood

So here is my interpretation of the film.Wonder Woman manufactures a fossilised model of womanhood that civilises its hero within the concept of regression. Diana conforms to a bygone idea of femininity that situates women as a ‘lack’ of the perfect man, less evolved in mind and body. This is clearest in comparison to her supposed male equal ‘Superman’ of whom she’s a flawed reflection; less athletic, less astute, less gifted. It reaffirms old-fashioned norms that even the idealised woman is less than the idealised man, civilising her as inferior.

Conversely, Diana’s ‘athleticism’ is barely visible in her slender form, little muscle and twiglet legs. Her superpowers are likewise unsophisticated: agility, speed and ‘strength’ – a pitiful contrast to Clark who’s equipped with all the above plus super-hearing, super-breath, X-ray vision, flying and “widespread invulnerability to attack”. This makes Diana a clear repression of Superman, for her physicality is that of an unformed man yet she’s celebrated as our strong heroine! Who would you pick to protect you? It’s a distressing classification that the ideal, physically powerful woman cannot be as herculean as a man but must exist in his shadow; civilising women as second-class. 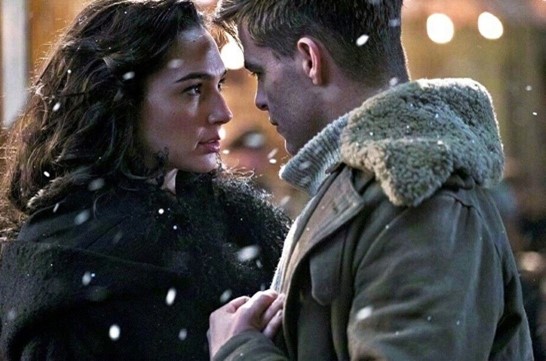 This continues into Diana’s psychological portrayal. ‘Superman’ is a functional, experienced, hardened hero whose numerous depictions include emotional intuition, career and battle success – each achieved independently. Diana feels like a cheapened version. Instead of experienced she never works alone, relying on collaboration from fellow Amazonians or her band-of-merry-men, and male mentors to realise her full potential. Despite being a demi-god who speaks every language, she requires Steve (her love-interest) to coach her on basic human knowledge: social conduct, marriage and emotions. This is glaringly different to Superman’s dense knowledge and experience, civilising Diana with lesser intelligence. Again, she’s not hardened like Superman but unable to have assertive confrontations, resorting to over-emotional frenzies calmed by Steve’s ‘wise words’. This is strikingly reminiscent of ancient portrayals that in lacking a penis (women) develop mental defect(s) of hysteria – carving them as direct reductions of men. Can this really be our feminist icon? I find her degraded to the position of colonial Other, a socially constructed, non-essentialized term that continues to be produced and reassigned. This shifting category is applied to this white Hollywood character via her weak, passive and ignorant personality. 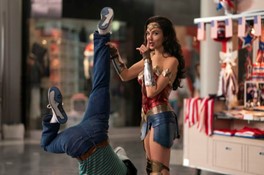 Costume choices amplify this dialogue. Diana’s model-like figure is accentuated in her metal bodice, thigh-high heels and letterbox skirt – functional and professional, right? In the superhero context, costume is more than a disguise: “function(ing) as a sign…of character development” – but not only does this costume disguise little, it signifies that the main facet of her persona is sex appeal. Accompanied by her shallow sense of self this feminist icon is relegated to “an object of satisfaction”, divorced from the “erotic charge” that could facilitate transcendence. How has the director been so obtuse? She has designed a film to satisfy the man inside her watching a woman (Diana) and as such becomes her own voyeur. She strips the ‘feminist icon’ of her power source and civilises her into a male fantasy. 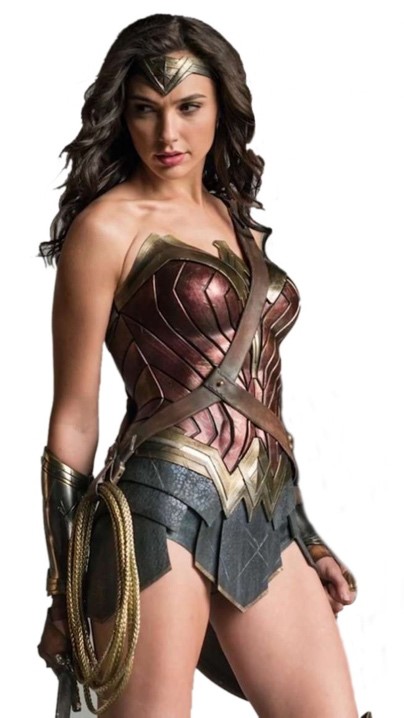 This extends into Diana’s depiction as a ‘feminist’, which civilises her into the agreeable, happy feminist who smiles and is cheerful in her oppression. Men desire a feminist who is not a “killjoy” but who can have polite conversations without getting wound up, so as not to disturb their happy, but delusional, male fantasy. Wonder Woman constructs a feminist who is set in this male gaze, not angry, bitter or aggressive; the ideal feminist. Diana conforms to the typical superheroine whose sense of self is bound by love, mentoring others in a passive form of kindness and compassion. Love is central to Diana’s character, claiming “only love can truly save the world”

I mean come on! This is magnified by her motherly and nurturing temperament, particularly towards children. I don’t deny the importance of love and compassion but making it the focal point of the ideal feminist denies women’s right to be angry or aggrieved about their oppression. As Lorde states, anger is an effective tool “loaded with information and energy”, a “well-stocked arsenal” that is an essential “source of empowerment”. Wonder Woman deflects this tool, resorting to unproductive patriarchal tropes of the “feminist killjoy”. This is once again a civilising act on feminism, authenticating and glorifying the male demand for a palatable feminist; demure, gentle and kind. 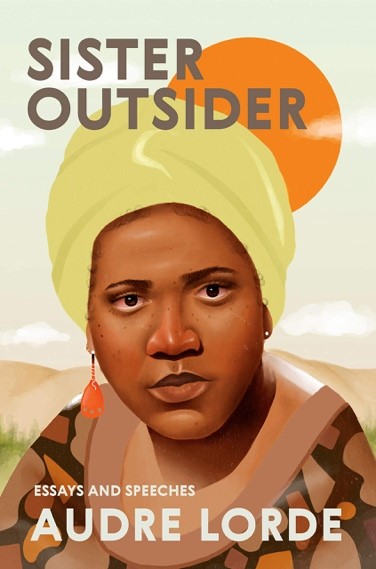 But what could be a bigger expression of colonial civilisation than promoting a white, heterosexual, cisgender woman as the feminist hero? This introduces an immediate racial hierarchy, imitating the imperial preferment of white women over ‘concubines’ in the colonies. Diana’s whiteness is treated as a neutral space, “so normal...so ordinary” that it’s the ideal ‘blank canvas’ to transplant this feminist hero. In being praised as ‘subversive feminism’, the film screams that the modern female icon is race-free. This is not covert but overt racialisation. Its compounded by her cisgender, heterosexual, bourgeois identity rejecting other feminist experiences and denying a central pillar of modern feminism: intersectionality. 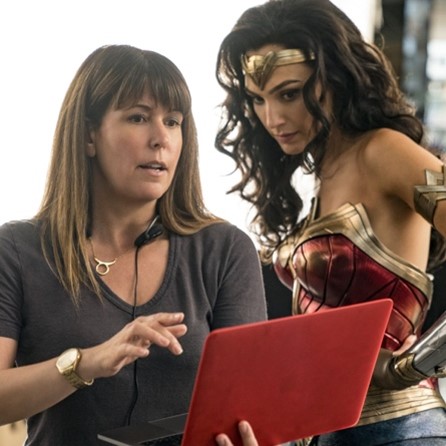 Jenkins (director) and Gadot (Diana) have constructed a feminist hero in their own image the “white, bourgeois feminist”, and in doing so violated what feminism means today and the individuals who’ve fought for it. This racialisation is intensified by the film’s portrayal of black women. The few women of colour in the Amazonian community are represented as speechless savages or servants – one as Diana’s governess, the other a voiceless black woman beaten without evidence of pain. This is overt misogynoir, reproducing white supremacist tropes of black women like the ‘Mammy’, who raises the ‘master’s’ children, and the ‘Savage’, who is less sensitive to pain. These violently racialized depictions of black characters reproduce traumatic politics of slavery and its racialised power relations. It authenticates a violent gaze that denies black women’s experiences and voices in feminism and mimics colonial tropes that elevate white women and whiteness as the superior normal. It means Wonder Woman is not just a civilising project of the modern feminist but ultimately oppresses the experiences of black and brown women.

Perhaps you think this overly cynical? Maybe there is space to interpret this film differently, and that whilst problematic it’s moving in the right direction. But what is this direction? Who is pointing us there? Are we going fast enough? For me, Wonder Woman merely articulates everything that is wrong with mainstream feminism today. Women, especially black women, are continually gaslighted and civilised, not just by men but by other feminists about how to be the ‘right kind of woman’, the ‘right kind of feminist’ and whose experiences matter. This film embodies and brazenly champions such ideas to a new generation of feminists now created in this image. The fact Wonder Woman was created by two “feminists”, is widely appraised by “feminists” and teaching future “feminists” how to behave is severely uncomfortable. It speaks volumes about where politics is at today and exposes how women, black and brown bodies are continually civilised to suit white, male fantasies.

I dare you to convince me otherwise.