‘Now once more books need to be mobilised / Against the oncoming monsoon of moral / Panic and scapegoating in the face of a new / Gentrified fascism, a bespoke chauvinism... Poisoning the well of tolerant discourse.’

In many ways the whole collection is about mobilising books, ‘print-antidotes / To right-wing hegemonies.’ And in a book thick with references to Jack London, Dickens, Lukacs, Saint-Simon, Lukacs and John Davidson, Morrison knows that the best books are on our side.

As always, Morrison’s poetry is dense, eloquent and rich with information, ideas and arguments. There are some important long poems here, notably ‘Another Five Giants’ (about Tory and New Labour attacks on the Welfare State), ‘Not Paternoster Square’ (the Occupy Movement) and ‘St Jude and the Welfare Jew’ (racist tabloid newspapers accusing Jeremy Corbyn of anti-Semitism).

The title of the book is a play on ‘shabby genteel’ and an attack on the ways that a nominally Christian society like the UK contains within it the forces of neo-liberalism, austerity, racism and fascism: 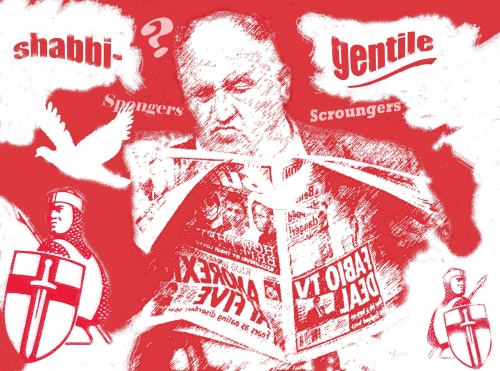 Andy Croft has written and edited over 80 books, including poetry, biography, teenage non-fiction and novels for children. He writes a regular poetry column for the Morning Star, curates the T-junction international poetry festival on Teesside and runs Smokestack Books. He lives in North Yorkshire.