After the mural by Maxo Vanka

we have held him too, and wept our reticent
alchemy. have worn our aura of knives. have
rocked these cumbersome puppets: sons,
brothers, fathers, all our lovely wayward
vanguard. a ventriloquist’s doll, death made
of him. we have covered our hair. we have
entered the green glass eye of the marble.
our hands have been shuttles in the lean
machinery of grief. we have knelt, we have
stooped, voyant with insomnia. we have
addressed our contortions to the aertex
ceiling. we have been pulled about by our
sleeves, by the hoods of our winter coats.
we have been spat on by midget policemen.
we have held him too, a thousand times, our
boys: separable and trembling, inscribed
against the edges of a prison cell, a junkie
squat, this street, this bed, and the pillow
is thin, is famine’s very ration book. we have
prayed. and praying, we have spiked our
prayers: antimony and vinegar. forgive us.
those nights we’d take a razor to the law,
to the sky, to anyone who’d rinse his
strutting warren blood to milk, who’d
make him theirs, who’d rid him of his
wounds. his wounds are real, and also
ours. boys, with their incendiary ventures.
boys, with their nocturnal confrontations
in the no-place common to capital. we have
held him, until he smelled like a stranger. 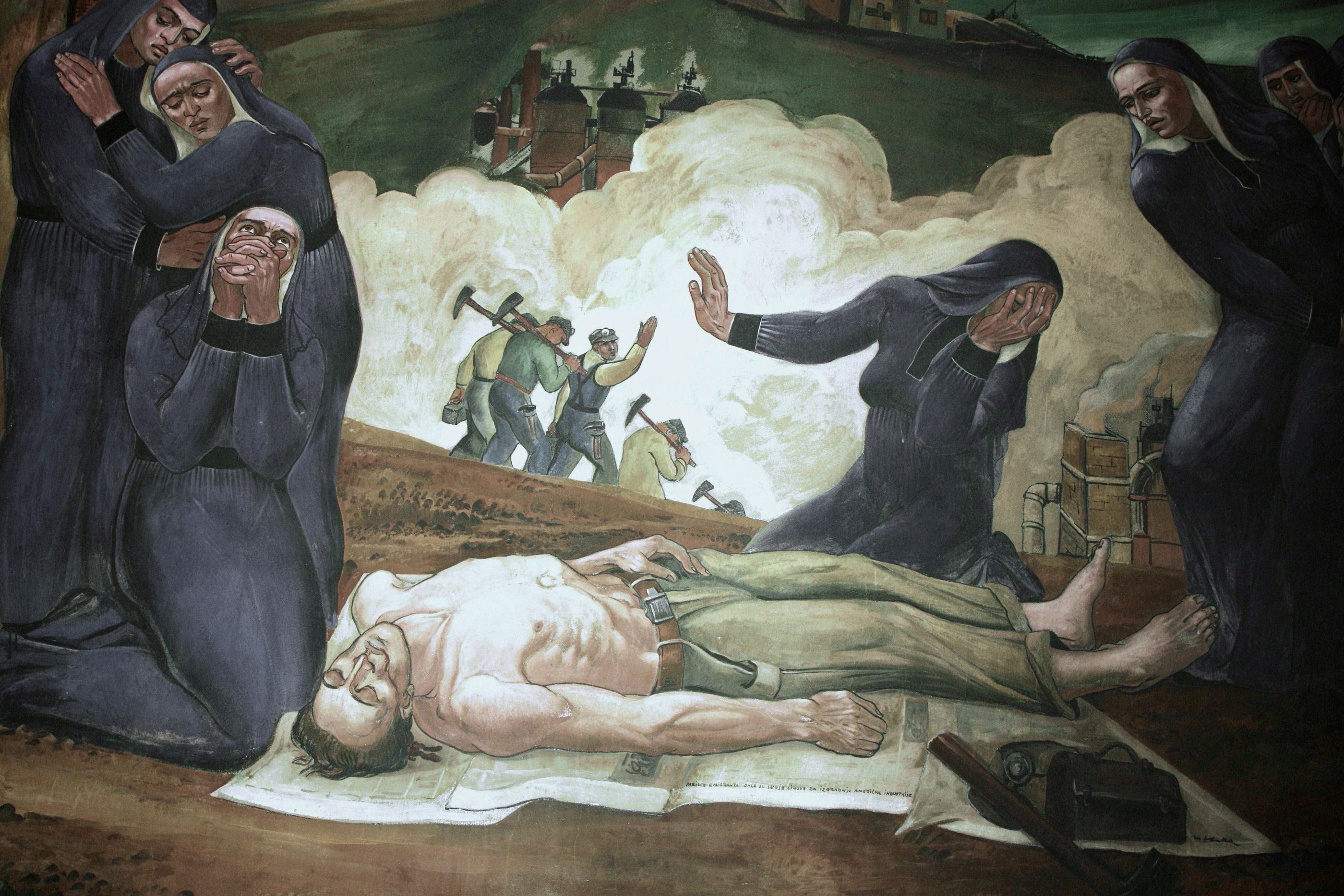 awfulness in its finite aspect. and we
became feral with reproach. and we
have screamed away their platinum
lacquer. he is not a gilded bowl, his
asymmetric fractures fixed with gold.
preserve the dull earth fact of him. no
nectar, splendours, no luminous lullaby’s
sugared tyranny. before he can rise he has
to die. he died. her boy, our boys. by
the structures of sin, the abattoir
vocabulary of capital, which grinds all
names to mob. how many boys, partial
and abolished, sewn inside futile
routines of punishment and riot? we have
held him too, and so we know: after
grief is the glowing time. is the goblet
of fire and the tongue of fire and molten
soul made ball. he will come again,
amplified in acid flashback clarity
of blue-black emerald frenzied red.
he’ll wear his love like an ideal sun,
clarion against their tedious malevolence. 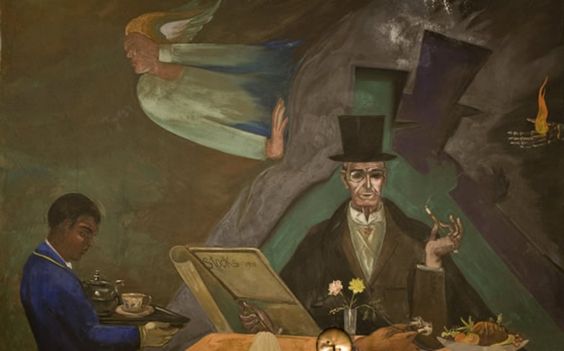 he will rise, to slit their throats where
they sit, reciting their vampire creed
into screens. he will rise in their world
of gentrifiers, pesticides, of every
crowd made ghost, their bland disparity.
she will let him stand, sharpened by
sunlight, fabulating crisis into miracle.
but first she is, we are, empress
of humiliations. holding her son
like a sallow candle. light of the world,
oh, you are my sunshine. wax of him
right, ready for burning.

Images: Pietà, The immigrant mother raises her sons for industry and The Capitalist, by Maxo Vanka, murals at Millvale, Pennsylvania, 1937-41

Fran Lock is a poet, illustrator, and political activist. She has written several collections of poetry, the most recent being 'Raptures and Captures', published by Culture Matters.