In the year of the CPB centenary, David Betteridge remembers Maurice Levitas, stalwart of the CPGB and a veteran of Cable St. and the Spanish Civil War

- from Canto General by Pablo Neruda

Picture two young men playing chess. Both are intently studying the board, considering their moves; but one is even more intent than the other, straining muscle and nerve, heron-like. He is the embodiment of focus. Then he swiftly reaches out a hand, lifts the crucial piece, makes his move, and sits back. The game has not been won, but neither has it been lost. La lucha continua.

On reflection, the image of a heron is inadequate. That fish-spearing bird with its keen yellow eyes is necessarily an opportunist. It has only one strategy, which is to find a time and a place that maximises the chance of a fish swimming within range of its beak. A chess player, however, must deploy many strategies, chess being a drawn-out complex of possibilities and unpredictabilities, constraints and openings.

A better image for our intently studious young man would be that of a military commander. Imagine (say) a latter-day George Washington or General Giap sitting alone in his tent, in a dangerous place, part-way through a long campaign. He is interpreting his maps, analysing from every angle the order that he will give to his troops the following morning. Aristotle, who thought a lot about such matters, called this highest order of decision-making phronesis, sometimes translated as practical judgement; and he cited military commanders along with ships’ captains as being arch-exponents of it.

Zoom in now, like a film-maker, and picture in close-up the chess pieces that our two young men are playing with. These pieces are ill-shapen, hard to recognise as kings, queens, knights, etc., having been improvised from well-chewed crusts of bread, tweaked and squeezed while still mushy between finger and thumb, and then baked hard in the sun. The board is also improvised, from a grubby scrap of cardboard. The black squares, like the black pieces, are made dark with mud and cigarette stubs, and the white squares, which are far from white, are represented by the dun colour of the cardboard that lies between the shaded squares.

The young hands which fashioned these chess pieces and this board, and the guiding eyes and brains behind the hands, are more used to handling weapons than bread-paste; and in the case of the super-intent man, more used in previous years to handling the curved needle of an upholsterer, the pick and shovel of a labourer, and the blowlamp of a plumber. (I can tell you this, from knowledge that I gained later.)

This is Spain that we are picturing, towards the end of the Civil War. Our young men are members of the International Brigade, captured some months earlier on the Aragon Front, battling against the Fascists. Now they are interned in a prison camp at San Pedro de Cardena. Every day, there is the chance of a beating, or a ritual humiliation, or a putting to death. The man I am singling out for your attention will go on after release – as part of a prisoner exchange – to become, eventually,  a teacher and a teacher-trainer, and the author of a book on education, Marxist Perspectives in the Sociology of Education. He will also become the first person to translate all of Pablo Neruda’s book-length Canto General from its original Spanish into English. The copy that I have, from which I have taken my motto text (above), was photocopied for me from the original by the young man’s future daughter Ruth, some years after her father’s death at the age of 84 in 2001.

I am referring to Maurice Levitas, a stalwart of the CPGB, a veteran of Cable Street as of the Spanish Civil War, and a great influence for the good over many decades, in several countries and in various contexts. Some of you reading this will have known him through his political work. I knew him through his teaching, being a student of his at Neville’s Cross College in the late 60s, although I realise, as soon as writing these words, that the distinction between “political work” and “teaching” is one of convenience only. Morry, both in his theory and his practice, approached both occupations with the same devotion to the same concepts, skills and attitudes.

It is these concepts, skills and attitudes that I want to review in this memoir, to see how they might feed into our continuing struggle for revolutionary socialism, leading to communism, as they fed into Morry’s. I reckon that we can find all we need for this review in our picture of the young chess player in Spain, in the same way as a tissue sample holds and reveals a person’s DNA.

First, and most obviously, just being there, a combatant in Spain, proved Morry’s understanding of internationalist and anti-fascist politics, and proved his courage to translate that understanding into action. Lying behind his internationalism were the virtues of solidarity with and openness to others, and lying behind his anti-fascism were the virtues of hunger for justice and anger at its denial.

Consider Morry’s ability to turn the focus of his mind to playing chess with a fellow prisoner-of-war, even in the context of constant deprivation and threat: there we find evidence of a great intellectual vigour, I think, allied to a resilience of spirit.

Looking ahead, in a flash-forward of history, we know that the first thing Morry did on being released from the camp was to start campaigning for the release of another prisoner, Frank Ryan, leader of the Irish Republican Congress, who was still interned. A sense of loyalty was strong in Morry all his life, not only loyalty to comrades joined in struggle along the way, but also loyalty to his guiding principles. It is sometimes hard to reconcile the two. So it was that at certain turning points, notably 1968 and 1989, Morry’s independence of judgement led him to diverge from others on the Left, including me, but he never wanted that to disrupt or divide.

When I consider what features might be desirable in a political party, as I increasingly do, I suppose I am looking for the same virtues that I found in my mentor Morry, only writ large, that is to say written into the political party’s collective body and soul, and passed on through collective action and education and, crucially, by example, from generation to generation. 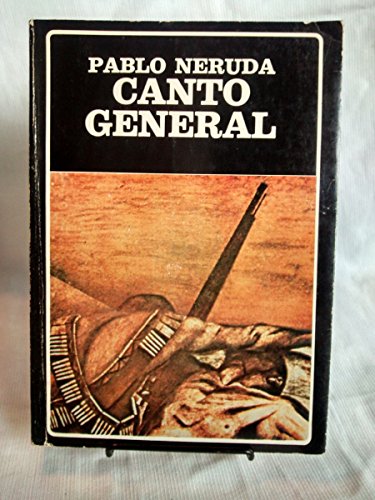 I mentioned Pablo Neruda’s Canto General earlier, and Morry’s labour of love in translating it, not that it was ever read by more than a few friends and family members, which is a pity. Here we have a Communist epic of world importance, a book-length sequence of poems that narrates the history of the Americas, that celebrates the continent’s beauties and riches, that celebrates the labour of its people, transforming Nature into Culture, that identifies with the poor and oppressed in their fight-back against exploiters and tyrants, that looks to a Communist future. Here we have a Nobel Prize-winning poet, Neruda, at the height of his creativity, tested and confirmed in his politics by the Spanish Civil War, as was Morry, albeit in different ways. Here we have a Chilean Walt Whitman combining the “we” of a whole class, indeed of a whole world, and the “I” of an author who sees his task as being our representative voice. No wonder Morry was drawn to this work, and devoted himself to translating it.

There is a section of Canto General that is highly relevant to our consideration of Morry’s political virtues, and how these might be writ large in a political party. It is the second-to-last section of the last part of Canto General, the part called “I Am”, where Neruda takes stock of things. He addresses his peroration “To My Party”, that is to say the Chilean Communist Party. I have already quoted from this Section XXVII of “I Am” at the beginning of this piece, as a motto text. Here are some more lines from it:

You have gathered in me the force
of all those who live...

You have made me indestructible because with you
I do not end in myself...

You have given me the liberty
which the isolate does not possess...

You taught me the unity of mankind
and the differences among them...

In these terms and for the reasons given, Neruda praised his party. In similar terms, with some poetic licence, a student (myself) praises his old teacher (Morry). Practising the same virtues that Neruda identified and Morry embodied, parties of the Left today will succeed in the continuing struggle, finding a way forward out of our present entrapment in defeat - or seeming entrapment - and make our next necessary move.

You have made me an adversary of the wicked
and a wall against frenzy...

You told me of the rectitude that the tree requires...
You taught me to set bondage alight like a fire.

David Betteridge is the author of a collection of poems celebrating Glasgow and its radical traditions, 'Granny Albyn's Complaint', published by Smokestack Books in 2008. He is also the editor of a compilation of poems, songs, prose memoirs, photographs and cartoons celebrating the 1971-2 UCS work-in on Clydeside. This book, called 'A Rose Loupt Oot', was published by Smokestack Books in 2011.