One of the effects of the coronavirus crisis is the accentuation of already exacerbated class differences. Yes, middle-class digital workers cheered largely working-class first responders from their windows, but that did not result in increased pay for these workers, performing the most dangerous tasks involving medical treatment and food supplies. Jeering from the sidelines, and the beneficiaries of the majority of government largesse, are the very wealthy who had often fled to their country mansions or summer homes and brought the disease with them.

Serial or streaming TV has highlighted these discrepancies in three current series. The most startling and most pronounced class gap is that which propels Bong Joon-ho’s Snowpiercer, a series based on his 2015 film which is showing each week on in the US on TNT and globally on Netflix. 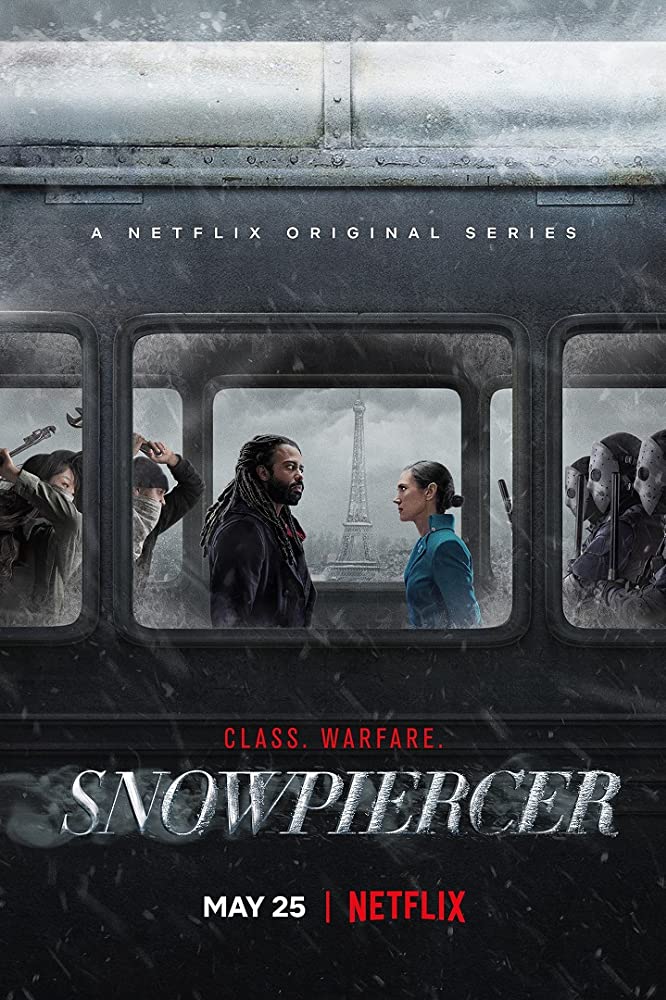 The series is about a train which perpetually “orbits” the earth of the very near future, with all life outside the train frozen after a Trumpian attempt to “fix” global warming by firing nuclear rockets at the stratosphere backfired and froze the planet. The show first introduces us to the “tailies,” the ragtag rebels in the back cars of the train who rushed the train in order to make a place for themselves. They are called “unticketed passengers,” stressing their illegitimacy on a train that is run under the strict rules of capitalist class separation.

The tailies are bunched in groups and thrown scraps to eat, as opposed to the ultra-rich near the front of the train, who enjoy the finest dining from supply cars devoted to feeding them and catering to their every whim. The conception and organization of the train is supposedly the brainchild of “Mr. Wilford,” a shadowy Jeff Bezos/Elon Musk type character, a kind of Wizard of Oz with the strings not yet visible.

In the series the train is referred to as “a fortress to class” and the tailies recognize that conditions will only change “after The Revolution.” Plucked from the masses at the back of the train to investigate a murder in the front is a former police detective in dreads, Andre Layton (David Diggs from the Broadway show Hamilton). At first it seems the murder investigation will be a way of short-circuiting the class element and subsuming it under a more typical police procedural. But that does not happen. Andre discovers that the murder in the midst of the supposed “civilized” cars of the train involves cannibalism, a murder where body parts are sold for profit.

His “detecting” also has the dual role of investigating the running of the train and may eventually lead to a revolt. He watches the leaders of a tailie rebellion be frozen and bids them adieu with the phrase “God have mercy on your spark,” hoping eventually to reverse the cryogenic process and revive them to help him lead the rebellion.

This direct portrayal of class antagonism is nothing new for Bong Joon-ho, now justly celebrated for his Oscar-winning laying bare of the sharp disparities in South Korean society in Parasite. Also along for the executive producer ride is Park Chan-wook, well known for the violent excesses of Old Boy and Lady Vengeance. He adds an element of sadism to the story, eg in treatment of the tailies who must pay for any rebellion by having their limbs exposed to the frozen air outside the train. Under Bong’s guidance however, this too plays as part of class violence and does not simply stand as gratuitous bloodletting.

While these sharp class contrasts are not unusual for South Korean cinema they are highly unusual for American television, even in the realm of science fiction, which being set in the future allows for a speculative element. Even the fantasy element though in Snowpiercer is mitigated by the fact that “the future” in this tale is 2021, stressing the imminent danger we are all in as the Bulletin of Atomic Scientists, based on nuclear and climate change threats, now sets the Doomsday Clock at 100 seconds to midnight. It’s Bong’s stewardship which guides this train and keeps it on course rather than as on much American TV swerving off-course or derailing or getting sidetracked by the adrenaline rush of purely addictive effects. Predictably, many American critics dismissed the series as inconsequential.

The metaphor of the train circling the globe with sharp class partitions may seem like an aberration. But it is clearly being played out and accentuated during the coronavirus crisis in places like the Bronx, where in one twin-tower complex 100 renters at least have contracted the disease and where residents wait up to an hour to squeeze into poorly ventilated cars that frequently break down. This is the very image of the tailies. The Bronx – the city’s poorest borough – has the highest rate of infection, hospitalizations and death while Manhattan, the richest, has the lowest rates. How far are we from the head and tail of Snowpiercer?

The BBC and Hulu’s co-production of Normal People is based on Sally Rooney's eponymous novel, and is also co-written and executive produced by Rooney. The 12-episode series follows the initial formation of an Irish couple, Marianne Sheridan who lives in a country mansion, and Connell Waldron, who lives in rented social housing. The couple meet when Connell picks up his mother who cleans the Sheridan’s house, though their class difference is not directly acknowledged until several years (and episodes) later.

Rooney has a highly complex view of class. For her, the way that stark but unspoken class differences divide people is inhuman, and cause misery in society generally and between the couple. In their small town in Galway, the Gaelic football champion Connell is much admired, has a loving and wise working-class mother, and is seen as the ultimate bloke by his male peers. Marianne, on the other hand, is a loner who lets her contempt for her fellow students be known, and who sees herself as just passing through her hick high school until she can be with students from her own class at Trinity, the elite university she is destined for.

However, Connell is not the jock he is assumed to be. He is shy and sensitive, and he and Marianne bond and share a private sexual relationship that establishes their mutual need and respect for each other. Their loneliness is partly caused by their inability to relate to their own class. Marianne is emotionally abandoned by her careerist mother and abused by her useless but privileged brother, and Connell never fits with his blonde cheerleader-type girlfriend. This social awkwardness brings them together in a way that initially transcends their class differences, but then over the years, as we follow them both to Trinity, often causes their relationship to flounder because of these differences. 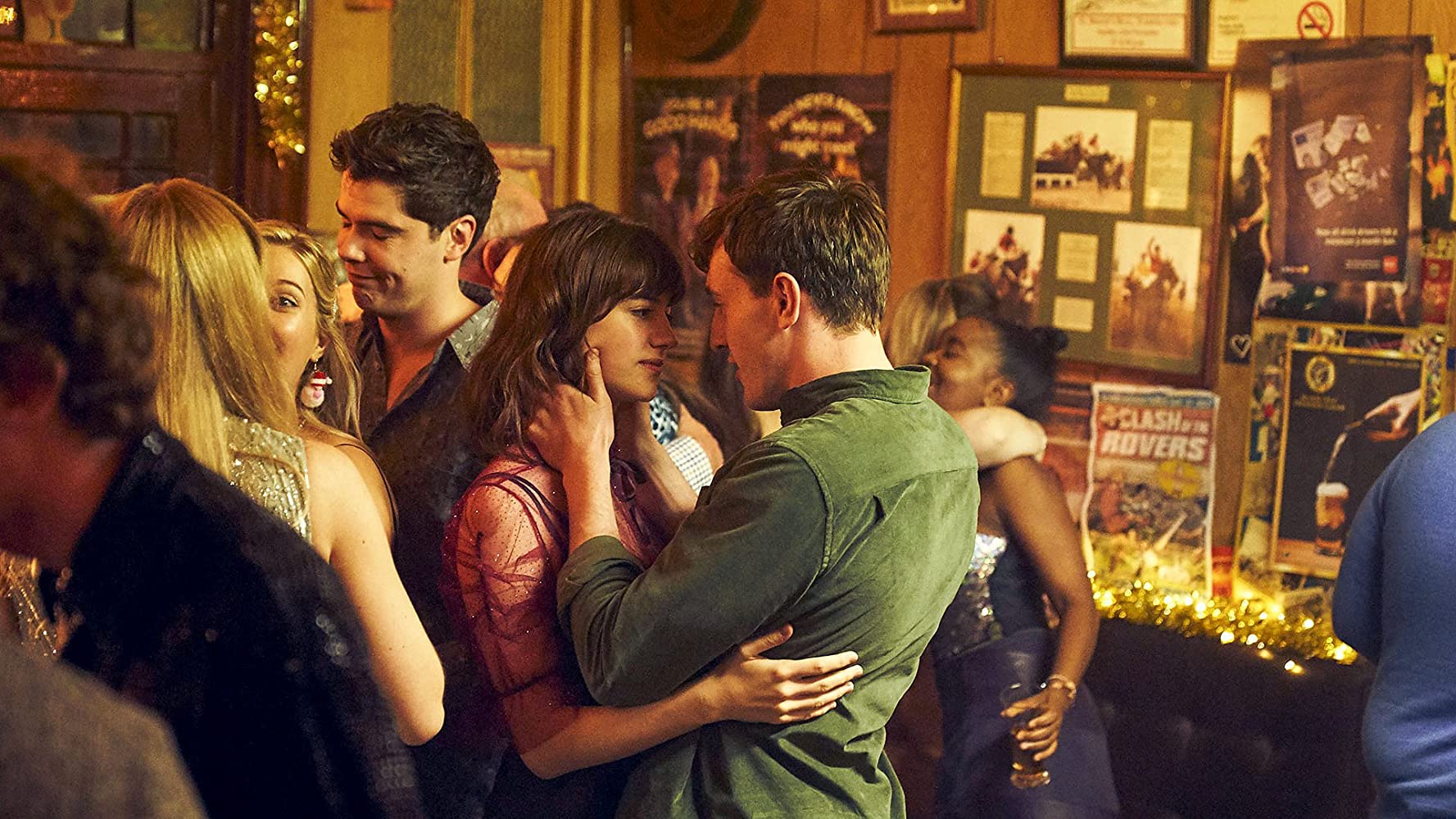 The title of Normal People is in one sense ironic because both are not “normal” but are beset with anxieties related to their class position in their world. It also indicates that the tragic element of their relationship is “normal” in the sense of common or universal, because of the prevalence of class divisions in society. Marianne, devalued by her family, pursues relationships that exhibit her as worthless and which grow ever more violent and abusive in a way that critiques the bourgeois petty voyeurism of trash like Fifty Shades of Grey. Meanwhile, Connell deals with the anxiety of the working-class intellectual, honoured but also always on the outside of the elite institution and its attendees in which he nervously circulates.

American accounts of the series focused mainly on sex, partially as a way of ignoring the class elements. There is indeed an abundance of sex as Connell and Marianne fall in and out of bed while continuing to maintain their friendship – but the sex is never gratuitous, it's always revealing of the state of their emotional intimacy. This begins with the tender and affectionate presentation of their initial lovemaking, a refuge from class tensions, continues with their more mature sexual experimentation and concludes with an unsuccessful physical tryst which nevertheless results in Marianne realizing that her form of experimentation has become destructive and is linked to the violence in her middle-class family.

This is an intensely revealing and penetrating series on both personal and social issues, reminding us of what it was like to be young and when love cannot be separated from bodies intertwined. The series never loses its focus on the way actual human warmth and understanding is thwarted by class differences, though the mystique of Connell as working-class writer does often supplant considerations of Marianne’s own intellectual achievements. Normal People is also exactly the kind of series that can win a Golden Globe, BAFTA and/or an Emmy and will be a feature of an award season likely to be utterly dominated by streaming and serial TV.

Cornell West’s dictum that “race is the way class is spoken in America” is the key to understanding Amazon Prime’s Little Fires Everywhere, about the relationship between a black, itinerant artist Mia (Kerry Washington) and her well-off white counterpart Elena (Reese Witherspoon). The series draws a sharp distinction between Shaker Heights, one of the richest districts in Ohio and in the country and nearby Cleveland, seen by the local high school principal as a poorly funded educational wasteland.

Little Fires is set in the 1990s, the Clinton years, when race was supposedly becoming invisible. It is at its best when it focuses on the ways that white privilege pervades and indeed defines a community that considers itself “progressive.” Thus, Elena’s daughter Lexie steals the story of Mia’s daughter Pearl’s being refused admittance to an upper level maths class partly because she is black. Lexie pilfers Mia’s experience in order to “round out” her application to Yale. Lexie, the spitting image of her mother, later appropriates Pearl’s identity to hide a far more embarrassing actual hardship she endures. 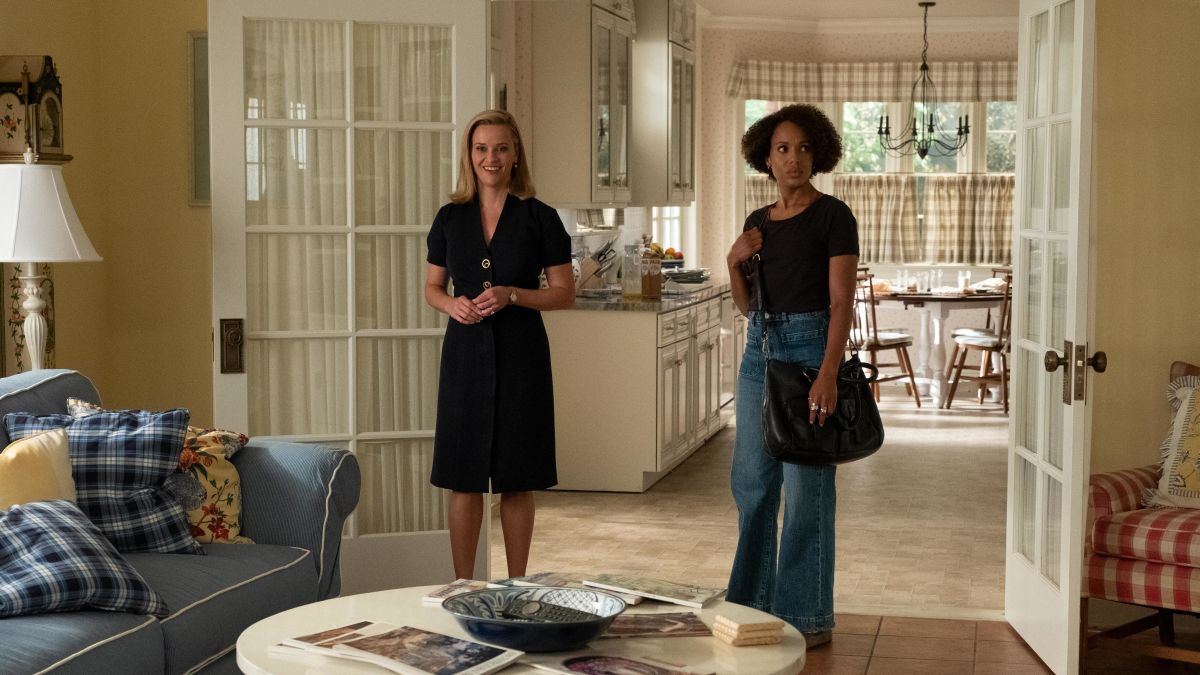 The eight-part mini-series tells many subtle truths but flounders a bit in the backstory that crucially defines its two female antagonists. Elena’s choice to turn her back on her dream of becoming a journalist and instead find herself trapped as a mother of four is seen as tragic yet there is also a huge element of complicity in her embracing what she calls “the plan” of marriage and a family which also promises a well-off lifestyle. Mia’s backstory, as a talented but thwarted artist also defeated by a bizarre pregnancy, is simply too singular and odd and detracts from her own critique of the white privilege she finds herself constantly forced to confront.

The series, in its “fair-minded” willingness to see all sides of class, race and gender conflicts is highly complex, but also itself falls victim to the Clinton-era regressive views of race and class differences as being transcended. In the series, the plurality and “fairness” of the telling thwart class critique. These perpetually unresolved race and class issues perpetually return, if not in the gilded bastion of Shaker Heights then in nearby Minnesota. Here, the Elena’s or Amy Klobachar’s of the world sanction white police violence, as Klobachar did as an attorney, by hiding behind a thin veil of reasonableness and a media characterization of themselves as “moderate.”