Dennis Broe compares and contrasts Snowpiercer with The Lincoln Lawyer, from which the above example of product placement is taken

Planes, Trains and Automobiles was the title of John Hughes’ 1987 film where a mismatched duo, the sloppy salesman John Candy and the in-his-mind dapper executive Steve Martin travel across the country in a variety of modes of transportation, to reach Thanksgiving dinner in Chicago. Twenty-five years ago, the film had great fun as all three methods of transport failed in various ways but today, as people become more aware of imminent planetary destruction, Planes, Trains and Automobiles is a serious discussion on which mode emits less noxious gasses.

The correct answer by far is trains, which a 2020 European study reported emit 0.4 percent of all EU greenhouse gases, in a sector which accounts for 25 percent of all emissions (27 percent in the U.S.) Planes accounted for 14 percent and by far the worst answer is automobiles which accounted for fully 72 percent of noxious gasses which must be curtailed if the EU is to meet its goal of zero greenhouse gas emissions by 2050. 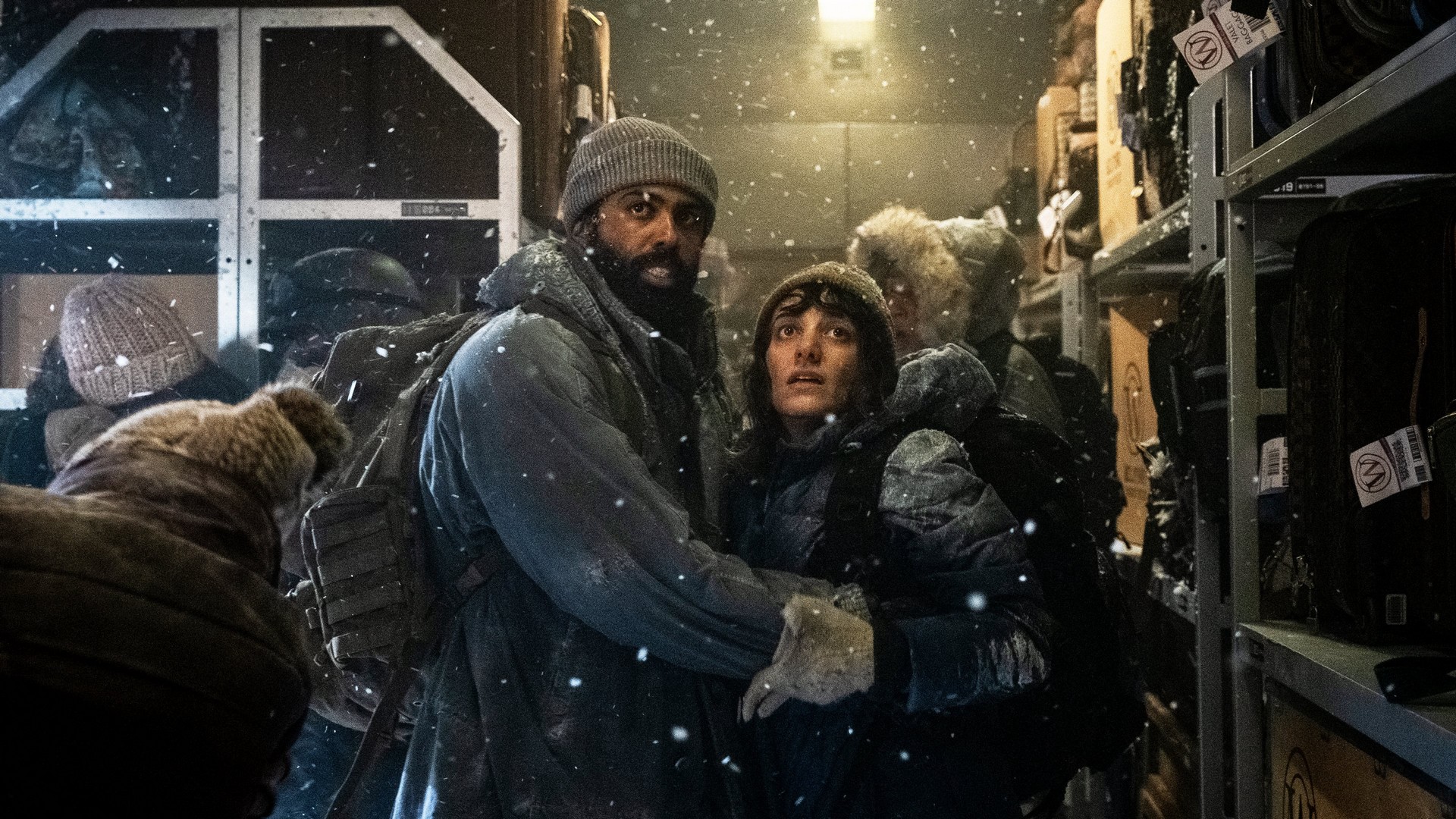 The tailies battling for control of the train in Snowpiercer

It is in the light of this crisis that the Netflix series The Lincoln Lawyer, whose lead defence attorney is whisked across Los Angeles in one of the great gas guzzlers of all time, a Lincoln Navigator, might be seen to contrast sharply with the TNT series Snowpiercer. Its motley crew of “tailies” are trapped with the middle and upper classes in a train that is the last hope for humanity on a planet frozen because nuclear weapons destroyed the earth’s atmosphere. There is a huge gap in the two series, both ultimately on Netflix, but one originating on the mixed working-class cable station TNT, that shows up in their either maintaining or working to overthrow their respective power structures.

The Netflix original series, produced by David E. Kelley, known for the twists and turns of his TV courtroom dramas (Ally McBeal, Goliath, The Undoing), was proceeded by the 2011 film introducing novelist Michael Connelly’s outrageous defense attorney Mickey Haller. Again, at that point, with the climate crisis just coming to widespread attention, the spectacle of a dynamite defence lawyer who thought best in a luxury sedan still seemed quaintly amusing.

The lawyer and his black, female working-class chauffeur

This 2022 iteration goes all out though, emphasizing the gas guzzling attorney being ferried about Los Angeles by a black female chauffeur in his Lincoln Navigator, one of three Lincolns he owns. The Navigator, an SUV with a price tag as high as $109,000, is close to the longest car built by Ford, involving the heaviest production, the greatest cargo space and seating for more than six. In the show it becomes a rolling, corporate law office, spewing pollution as part of the exhaust of Haller’s brilliant court mind. Not to mention the ultimate in product placement, with the product featured in the title of the series and utterly defining the lead character and the cost of running this mobile office with petrol in California, thanks to Joe Biden’s inflation, now costing almost $7 a gallon.

When he gets out of his SUV, if he is not in court, Haller favors steak houses. That is, his polluting and heavy carbon trace continues. Even Forbes is alarmed at this habit, acknowledging that the meat and dairy industries account for 14.5 percent of total human greenhouse gas emissions. Beef, in the form of Haller’s steak, is by far the biggest offender, generating nearly twice the emissions of the next largest animal offender (lamb), with the methane gas produced by cows 34 times more potent as a polluter than CO2.

What was “quirky” in 2011 in terms of Haller’s habits is deadly in 2022. The series in its second week on Netflix was the most viewed on the streaming service, accounting for 108 million hours of watching. Given that Hollywood has long been a promotional house for lifestyles and that Netflix circulates globally, The Lincoln Lawyer is a dangerous advertisement for vastly increasing global destructive consumption, including validating Amazon and the other increasing rainforest destruction to plant food for increased beef production. That process was  described by a Harvard nutritionist, who compared it’s polluting value to that of “coal-fuelled power plants,” as “the worst thing you could do.”

While those on board Snowpiecer, a class and racially diverse crew, struggle to overthrow the system of oppression which binds them and which has created the conditions which has confined them to the train, the Lincoln-based lawyer, who boasts about his prowess on his licence plates which read “NTGUILTY” and “DISMISSED,” in fact defends a tech gaming billionaire with the time-honored cliché that he doesn’t care if he is guilty or not.

In a half-hearted nod to diversity, the lawyer is played by a Mexican actor Manuel Garcia-Rulfo, but his Mexican-ness is only presented on the show as “flava.” His Spanish accent is discernible throughout but only acknowledged in a later episode, where he explains his mother took him to grow up in Mexico and we are to understand that is just a phase of his upbringing.

There is no feel for the struggle of Mexican-Americans in LA, for the lack of education and social services that keeps their wages low and furthers their status as second-class citizens. Garcia-Rulfo explained that he was able to bring his Mexican-ness to the show by in one scene ordering Tequila rather than Scotch and in another stopping by a Taco Truck. This is of course the definition of “flava,” a meaningless stylistic tic unconnected to neighborhood or community customs or struggle, but instead again employed in the service of consumption.

The differences between the two shows also can be attributed to their respective channels and networks. Netflix continues to court a global, depoliticized middle-class audience. Its recent series First Kill, like The Lincoln Lawyer, is solidly in that vein. First Kill is a teen vampire series being compared to Buffy the Vampire Slayer but without that series’ attack on the patriarchy, detailed in my Birth of the Binge. Instead, the concentration is simply on teen lesbian sex, which after Killing Eve is simply a cliched “lifestyle” choice.

In contrast Snowpiercer was developed by the most class-conscious director working in the cinema today, South Korea’s Bong Joon-ho. This film will soon be followed by a serialized version of Parasite, his other masterpiece of class antagonism. It was commissioned by HBO, perhaps as an antidote to that network’s doting on the foibles of the rich in Succession. 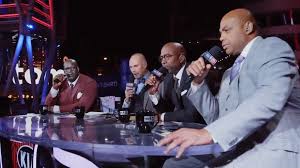 Snowpiercer is initially broadcast on the TNT cable network which has put together a remarkable, unique programming schedule meant to entice working-class audiences across racial lines. The network boasts the “black space” of National Basketball Association coverage in its perennial Emmy-winning Inside the NBA, where the outrageous and outspoken basketball intellectual Charles Barkley holds court with his companion Kenny Smith and their Anglo counterpart Ernie Johnson, who simply fits in as a member of the team.

Equally, the network now also broadcasts the National Hockey League, beloved of white working-class audiences, and the professional wrestling show AEW Dynamite. Besides Snowpiercer, its original series include the Anglo gangster series Animal Kingdom, adopted from an Australian show and its recently finished series Claws, about the black female owner of a hairdresser and nail boutique who battles white gangsters trying to encroach on her territory.

Thematically, The Lincoln Lawyer, rather than taking up Kelley’s more masterful Goliath about an alcoholic lawyer who contests corporate power, instead reverts to the staider The Undoing, with a rich client who we suspect all along may be guilty but cannot bring ourselves to distrust until the revelation that yes indeed someone that rich could be evil. Justice in The Lincoln Lawyer comes not through the efforts of the lead character but simply by chance.

Season three of Snowpiercer on the other hand ends with a startling and profound development. The revolution in season one by the tailies is beaten back in season two by the appearance of the Richard Branson/Elon Musk/Jeff Bezos capitalist in the fur coat – Mr. Wilford – who then institutes a reign of terror to maintain control of “his train.” Season three has the exiled revolutionary cadre return to retake control. The season flounders in the middle as various factions emerge to challenge this leadership, but the ending is truly remarkable.

A debate emerges between two factions on the train about what direction to pursue in order to best provide for the survival of all. Wilford seizes the opportunity of this squabbling to attempt to reinsert himself as the leader. Instead, the two sides come together and oust him from the train. With the capitalist gone, they are then able to hash out a compromise that has each doing what they think is best for the train and what is left of humanity as a whole.

The final lesson of this season’s Snowpiercer is that if the world is shorn of its capitalist billionaires, its various peoples will find compromises that can yet save humanity. The final lesson of The Lincoln Lawyer is that gas-guzzling and beef consumption trump any consideration of how a more decent, equitable and safe world may be achieved.

Dennis Broe is the author of The Precinct with the Golden Arm, the upcoming third volume in the Harry Palmer mystery trilogy whose subject is the LAPD, the pharmaceutical industry and Mexican culture in LA.