Adam Stoneman explains how the Covid crisis is an opportunity to share digital cultural experiences more freely. The image above is 'Hands', by Theresa Easton

Kneeling on Mount Alvernia in prayer, hands and feet freshly pierced with stigmata, St. Francis faces the apparition of Christ. Zoom in and you see his eyes fixed in stoic determination, lines of flesh in furrowed brow, a body transcending mortal pain. Zoom in further and spidery lines of cracked paint appear, flecked and damaged. Zoom in further still until shimmering waves of light disturb the vision; rows and rows of LEDs break the surface. Zoom out, blink and rub your eyes, sit back in your chair.

During the long days and nights of lockdown, many of us reached through our screens for culture, quenching our emotional and intellectual thirst in isolation. Museums and galleries published virtual exhibitions and tours (you can see St. Francis in glorious macrophotography as part of a virtual Van Eyck exhibition); theatres and opera houses streamed archive performances; JSTOR expanded free access; the Internet Archive created a National Emergency Library of free e-books. UNESCO, which launched a #ShareCulture campaign to promote online exhibitions of world heritage sites, proclaimed that culture must be “accessible to all, and that the full diversity of humanity’s cultural expressions can flourish, both online and offline.” The proliferation of initiatives like this during lockdown arose from a recognition of the important role that art plays in sustaining us and the universal right to culture.

Despite the limitations of experiencing certain forms of culture through digital interfaces, along with the individualised nature of online engagement, digital access to art is enriching. From the confines of our houses, access to performances, films and music was a lifeline to a world of ideas and emotions that helped to guard against the darkness of isolation. The sharing and free access to digital culture during the lockdown provided a glimpse of a future in which knowledge and art are shared freely and in common.

Throughout the first few months of the lockdown, most moves to extend free access to online culture were billed as temporary, ‘emergency’ measures in response to the crisis and most have since ended as institutions have opened up again. Emergency or not, copyright holders were not slow to act when they felt their intellectual property was being infringed. The Internet Archive’s free library of e-books was shut down after only a few weeks on threat of a lawsuit from publishers.

As with changes to remote working, the extension of access to digital culture is unlikely to disappear now that it has been established. Though the crisis has accelerated the trend, digitising and opening up collections had started long before the virus struck (Europeana, for example, is an online platform that hosts over 10 million cultural artefacts from 3,000 European institutions for educational and non-commercial use). The question is how expanded digital access can be integrated within a rehabilitated cultural sector. Facing a cultural industry ravaged by the virus, if not quite a “cultural wasteland”, institutions are under enormous pressure to increase revenue, and subscription and paywall models are already being trialled. The Met Opera in New York, which had streamed archive performances for free during lockdown, is now testing a pay per view model.

The success of Netflix - now worth more than Exxon - and other streaming platforms is held up as a model for emulation. But the commercial logic of algorithmically designed streaming services like Netflix and Spotify privilege certain forms of culture to the detriment of others. Streaming is predicated on high consumption ‘binging’ and repeated playbacks and therefore trades better in mood and affect than intellectually demanding culture. At local, regional and national level, public funding can provide artists with patronage that breaks from a commercial logic, allowing more radical and challenging forms of culture to emerge. Digital culture must not be beholden to the laws of the algorithm - the Netflixification of culture needs to be resisted.

It is clear the Covid-19 crisis will be used by corporate interests as an opportunity to further entrench the neoliberal privatisation of the cultural sector. The Southbank Centre recently announced plans to make 400 of its 577 staff redundant this week and when it reopens in 2021, to model itself on a start-up enterprise, with 90% of its spaces for rent and only 10% for art. While these moves must be resisted, there is the opportunity to go further, to strengthen and extend public funding and democratise access to and participation in the arts. Indeed, this pandemic has helped arguments for a publicly funded cultural sector. The model of private arts funding dominant in the United States, in which institutions rely on philanthropy and earned income rather than government funding, has left cultural institutions especially vulnerable; the American Alliance of Museums reported to Congress in March that as many as a third of museums could fail to reopen their doors - compared with one in ten globally.

Reward the artists, not the shareholders

Rather than finding new ways of monetising digital culture, our recent collective experience of free online art can lead to fundamental questions about access and ownership. Copyright is usually framed in terms of the individual artist or author; in practice, copyright is typically ceded to publishers or studios, who exercise these powers and get most of the benefits, sharing only a small portion with the creator. It is usually publishers that lobby to increase copyright powers. Yet corporations spin and hide behind the image of the penurious artist to defend their extraordinary profit ratios. It is not illegal file sharing that has increased that has made the cultural sector so precarious, but a system which rewards the shareholders of Spotify while the company pays artists as little as $0.0032 per play.

The paradigm of free digital culture can challenge and expose the lie of neoliberalism. The internet has opened up new possibilities for cultural exchange, both in terms of sharing existing content and also finding platforms for one's own work that are not mediated by institutions or corporations. The persistent popularity of file sharing networks demonstrates a social desire to share and exchange culture; as filmmaker Shekhar Kapur quipped, "In India we see copyright as the right to copy".

Cultural producers organising as part of the labour movement can ensure the post-pandemic cultural landscape is one in which artists earn a decent and secure living. In France the system of financial support for artists and technicians, known as intermittents du spectacle, has just been extended into 2021, despite years of government attempts to end it (after one such attempt in 2003 actors and technicians went on strike, leading to the cancellation of a major festival in Avignon and sacking of the culture minister). The artists' unemployment insurance system, paid for by employers and workers' contributions, an artist or technician must work for a certain number of hours during high season to gain benefits for the fallow periods between intermittent contracts. Models such as this can be taken up by artists’ unions to shift the balance of power back towards artists and cultural producers.

Free access to digital culture need not threaten cultural producers; digital culture is not a replacement for the physical experience of art but complements and enhances it. Rather than build walls around online culture and knowledge, we must work on expanding free access. Let the harm of the pandemic spur us to build a society in which culture and knowledge are freely shared in common. 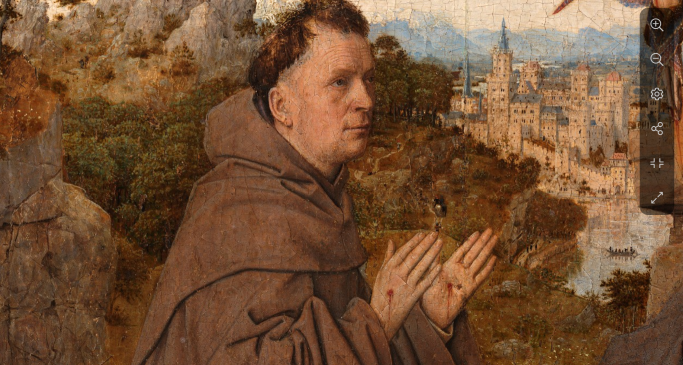 Adam Stoneman works in museum education. He has written for Jacobin, Open Democracy and Novara Media.

For the Common Good

An Enemy of the People

Building a new machine: A review of From the Plough to the Stars

Giving a voice to the voiceless: Azadi, by Arundhati Roy