Kevin Higgins is a Galway-based poet, essayist and reviewer, and satirist-in-residence at the alternative literature site The Bogman's Cannon, www.bogmanscannon.com.

Of moving the horn of Africa
to the same time zone as Wisconsin.
Of teaching Somalis
how to properly appreciate cheese.
Of surgeons named Nathaniel or Chad
offering the women of Kandahar
the right to choose for themselves
a different face for every occasion.
The inalienable right to drive
in and out of multi-storey car parks designed
by the third best architect in Baltimore.
Shopping malls in which they’re free
to buy a different variety of coffee grinder
every time they swish through
those automatic doors.
The right to pina coladas
by a swimming pool
with what looks like
a dead child floating in it,
each time a different child.

Having failed to crush, flatten,
or close our borders against it,
there is talk of negotiations.

King Virus comes to the table
wearing a crown of spikes
that fans out to fill the whole room
and can’t be removed
except on the day of its state funeral,
for which – item one on its agenda –
we’re expected to pay.

Its minions scuttle in
all sporting slightly smaller
but equally spiky headgear
not to be hung on the hat-stand
until its wearer has been scrubbed
to death by soap and alcohol
even a journalist wouldn’t drink.

We are busy being impressed
by the tall portraits of its ancestors
which adorn the conference room walls
when its chief negotiator cuts through gristle to bone:
it wants all our old age pensioners and chronics.

In terms of the drag they are on the economy,
it’s doing us a favour taking them
to the processing plants it’s building
here, here, and there
on the map it keeps pointing at
with its big long stick.

Being realists – on financial matters at least –
we have no alternative but to agree
and, as is our custom on such occasions,
offer it a little extra:
everyone over the age of sixty.

Its final condition,
to which we’re delighted to nod
statesmanlike agreement:
the rest of the population
will be known by this treaty,
which will have full force of international law,
as the ‘unoccupied zone’.

Congratulating ourselves on another deal done,
we bark our ribs up (or try to)
and sweat in unison
into the perfect white of the handkerchiefs
we brought to wave at the world’s media.

by Kevin Higgins, after Pádraic Pearse and in memory of the Celtic Tiger era, 1994-2008

I am Ireland:
I am the love-child of Brian Keenan and John Waters.
I drive Lebanese terrorists and Sinéad O’Connor bonkers.
I will go on forever.

Great my glory:
I am Enya’s next album
and Michael Flatley’s other testicle rolled into one.

Great my shame:
I am Frank McCourt’s next book
and, even worse, I’m his brother.

I am Ireland:
I am Louis Walsh waiting for the Milli Vanilli to hit the fan.
I keep a hyena in my front garden and I am ready!

Note: This poem appeared in Kevin’s 2005 debut collection The Boy With No Face

Image above: Michael Flatley getting stuck into That Book.

The Case of George Nkencho

If this boy had been more prudently
dropped into life on, say, a street
with trees that throw out their annual yellow
to make a welcome parade for the sun;
had as childhood neighbours a Circuit Court judge
whose front door had no letterbox,
a Garda Chief Inspector with an opinionated
and over-confident dog;
kicked a ball up and down summer evenings,
dead apart from the occasional well-behaved bee,
with the boy next door (but one) who blossomed
into a political correspondent
and now gets to make up truth,
another way would’ve been found.

But for coming at Gardaí
with a chemical imbalance,
what some people are calling
a machete
and a totally inappropriate
postcode,
the only sentence
was that ethically administered,
democratically accountable,
bolt-action firing squad.

The eminent and learned
bottoms we employ to sit
on the inquiry into this
need not fret the task ahead of them.
For their report is already written.

When Henry Kissinger again fails to die:
Another tree in the Central Highlands loses all its leaves
A girl sits on a visiting diplomat’s lap
Someone organises a Nelson Rockefeller lookalike party
Which Henry Kissinger attends
An election result somewhere is declared null and void for its own good
An interrogating officer switches on the electricity
A government spokesman interrupts his denial to wish Dr Kissinger well
Another tin of Heinz baked beans is sold in China
And the CEO personally thanks Henry Kissinger
A ginger cat named Agent Orange leaps down off the garden wall
A baby slides from the womb with a surprise third arm.

When Henry Kissinger again fails to die:
A ginger cat named Agent Orange leaps back onto its garden wall
A government we didn’t like is overthrown in a military coup,
Welcomed by the European Union
A hut is set on fire for the greater good,
The European Union calls for an inquiry
Someone dies of politically necessary starvation
But that someone is never Henry Kissinger
A bomb is dropped on someone whose name you’ll never have to pronounce
Because it’s not Henry Kissinger.

For its birthday, a baby gets Spina bifida
A Bengali family have all their arms sawn off.
Fifty bodies topple into the sea off Indonesia
But none of them are Henry Kissinger
Each time Henry Kissinger again fails to die.

Next election onwards,
there’ll be a second vote for those
who turn up with, under their arm,
a print copy of one of the larger newspapers
and answer a few unobtrusive questions
to prove they’ve consumed it correctly.

A third for those who also present receipts
that show they’ve dined sufficiently
in restaurants with at least four stars,
and a note from the maître d
that they know their way around the cutlery.

A fourth for the lucky few in possession - to boot -
of a ticket for one of those pampering spas
at which one temporarily discards
worldly things to have one’s darker parts
irrigated of all subversive thoughts.

So when all’s said and counted,
people who shouldn’t matter
can go back to not mattering. 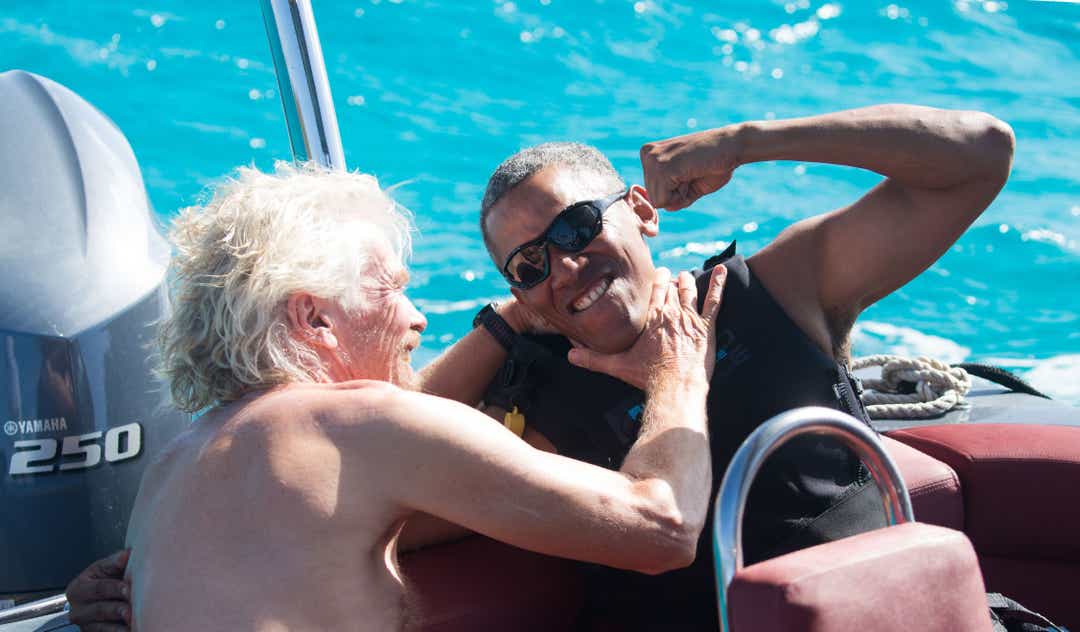 Each witch hunt is a tribute act to the last.
There is always a committee of three.
The gravity in the room is such
they struggle to manoeuvre
the enormity of their serious
faces in the door.

Except in the TV version,
there is hardly ever a microphone.
Though they will usually give you
a glass of water and, if you ask,
tea in a slightly chipped cup.

The better quality of witch hunt
will provide you with a plate
of sandwiches which, these days,
would likely include
coeliac and vegan options.

One member of the panel interviewing you
is always a man with a shakey voice
who obviously doesn’t know what he’s doing.
His wife thinks he’s at the garden centre.

Another is a woman trying
on a posh accent for size
who looks like she’s dreaming
of killing you
in some way that would give her
special pleasure.

It is written,
somewhere deeper than law,
that no such committee
shall ever be constituted
unless it contains
at least one ex-hippy.

There is always the moment
when a pile of typed pages emerge
from an already opened envelope,
and one of them asks you:
how, then, do you explain this?

And the three of them sit there,
pretending it’s a real question.

And you realise this committee is history
paying you the huge compliment
of making you (and people like you)
the only item on the agenda;

that in asking you about what you said,
did, or typed on the mentioned dates,
they reveal themselves
like the black tree at the bottom of the garden
that only shows its true self in winter. 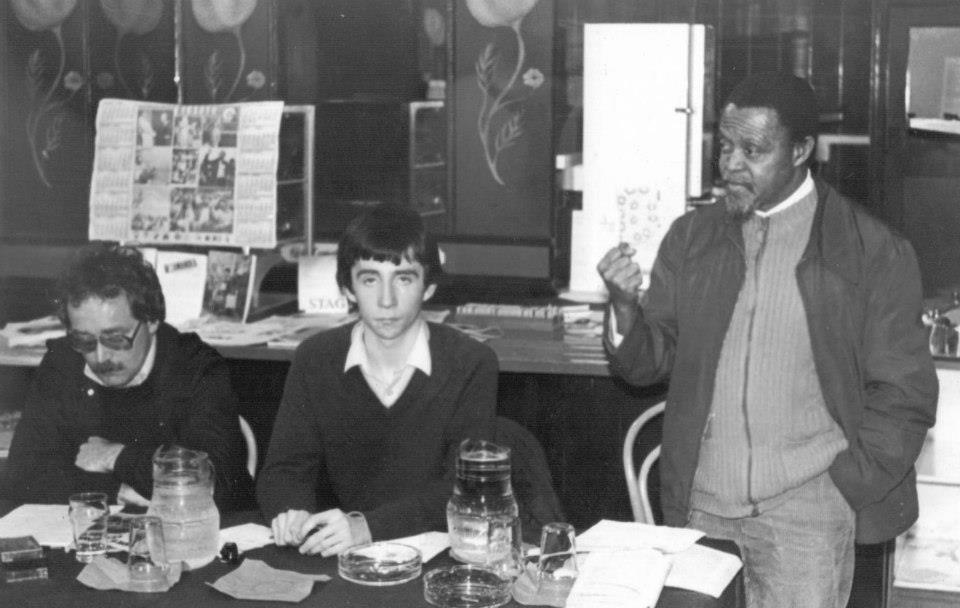 The Advent of Mr Nothing

All the messiahs safely crucified;
the choice again, as it should be,
between the Imp of All Lies
and Mr Nothing.

We’re again outside the padlocked gate.
Should anyone think of scaling the wall,
the garden is now patrolled
by wolves with orders to dine first,
and be exonerated in the inquiry later.

Those who shouldn’t be in jail
are that bit more securely there.

Those who sleep in doorways
that bit more completely know their place;

those who own islands
are that bit more secure on theirs.

Celebrity paedophiles chuckle
to themselves in their graves.

And the Brigadier General
can unclench in the knowledge
his plans for the war after next –
nowhere you’ve heard of yet –
will be given a white-toothed
statesmanlike Yes.

On the day the Irish government announced they are (for the duration of the crisis) incorporating all private hospitals into the public health system, Kevin Higgins offers this poem in memoriam of Ireland's two tier health system which will hopefully never come back. It was inspired by a private hospital, the Galway Clinic, which actually does have a self-playing grand piano in the foyer but is only open during office hours.

In The White Man’s Clinic

A grand piano plays itself
on a giant Chinese rug
in a foyer so vast I once went there
by mistake, hoping
to catch a long haul flight
to Melbourne via Abu Dhabi.

Instead found myself in a glass palace
where surgeons do things
no one thought possible
and which, in the end, weren’t;

in the process making sad intestines sing
like water damaged concert violins,
lungs hoot like ruined tubas
in a building designed to mature
into a hotel, when it fails as a hospital
for those who can afford to die
during office hours.

Back when the three giant liners,
Britannia, Eurasia, and Sweet Land of Liberty
weren’t all simultaneously
taking on tonnes of water,
you didn’t have to think
about what makes them float.

After loading your gut at the buffet
with more prawns and chocolate cheesecake
than it could be trusted to process –
each prawn pausing to give you
a filthy look before it slid
down your in-pipe –
you’d relax on the deck
of whichever of these
great ships you had a ticket for,
sip a glass of alleged
sophistication, as a talking
corduroy jacket
at the table next to you
waxes loud and large
about cheap insurance
policies and the invincibility
of ships such as this.

Now you’ve speed-read the technical manuals
and know
if certain particulars aren’t fixed
we’re all going to die
or, at least, want to;
you look at the corduroy
jackets talking their opinions
and wonder if it’s better
to be like them;
to think the answer
might be to elect as captain
some demagogue made of blancmange
or, failing that, Joe Biden;

or if not knowing just makes the shock
of the ocean hugging you
that bit worse?