John Green reviews a new film about the solidarity and courage of some Scots engineering workers who took action against the Chilean military coup of 1973.

Nae Pasaran tells the incredible but true story of the Scots workers who, from the other side of the world, managed to ground half of Chile’s air force, in the longest single act of solidarity against Pinochet’s brutal dictatorship following the 1973 fascist coup.

The feature-length documentary from young Chilean film-maker Felipe Bustos Sierra charts the story of how, in 1974, a small group of workers at the Rolls Royce aircraft factory in East Kilbride, led by Bob Fulton, Robert Somerville, Stuart Barrie and John Keenan, took the decision not to refurbish Hawker Hunter aircraft engines destined to be returned to Chile.

They were engines from the planes that had been used to bomb the Moneda Palace in Santiago and murder President Allende. Fulton had seen the images of people packed into Santiago’s football stadium and Chilean air force jets strafing the palace and now one of the engines from those very same planes was right there in his factory, waiting to be refurbished.

These workers were not prepared to be made morally culpable and, at the risk of their livelihoods, they said “No” and they carried the whole workforce with them. Little did they realise that their small but courageous action would reverberate around the world and give renewed hope to those who were imprisoned, tortured and persecuted.

The boycott was only one of many actions taken all over the world in protest against Pinochet's dictatorship, but a highly significant one. Bustos Sierra decided that this was a story that had to be told. He tracks down the key men, now retired, and persuades them to retell their story.

Then he takes the thread to Chile, with interviews with those who experienced the horrors of the Pinochet dictatorship and who were given hope by the action of these anonymous Scottish workers.
He also interviews the former chief of the air force under Pinochet, still arrogantly unrepentant, but who admits that the Scottish workers’ action had a significant impact on the Chilean air force’s capabilities. It was dependent on British-supplied Hawker Hunter aircraft and the refurbished engines.

As a moving coda, Bustos Sierra manages to trace one of the Rolls Royce engines, now rusting in a Chilean scrapyard, and transports it back to East Kilbride to serve as a memorial to these men. They are also presented with Chile’s highest honour by the Chilean ambassador in a moving ceremony in East Kilbride. 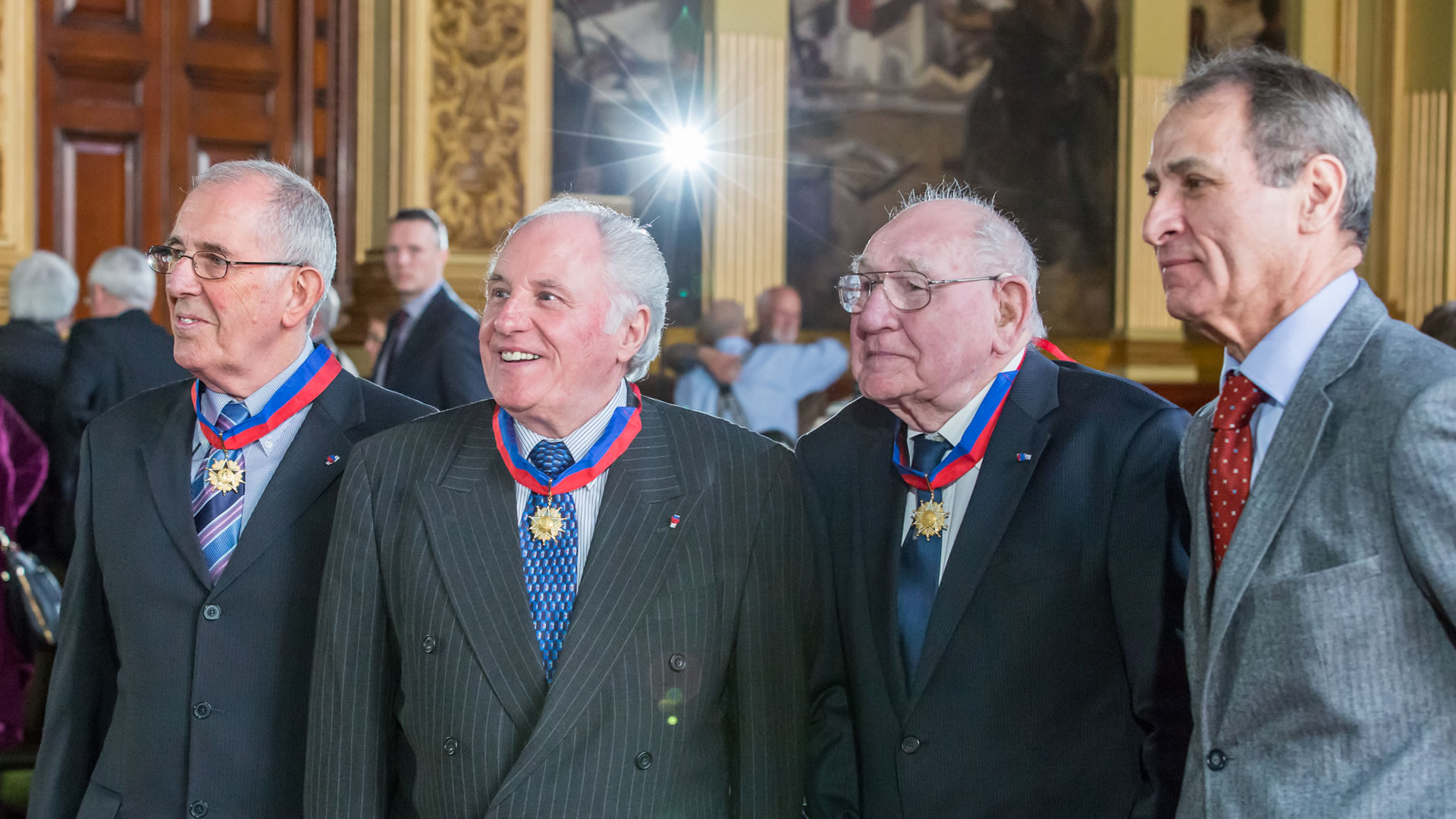 The boycott endured for four years but the Scottish workers were never, until now, aware of the impact their action had. For them it was simply a matter of conscience and an act of solidarity.

Bustos Sierra — himself the Scotland-based son of a Chilean exile — reunites these inspirational workers to hear their story. With unprecedented access, Nae Pasaran also ventures much further to detail the horrors of the Pinochet years, giving the historical and international context, and meets survivors of the period to hear the Chilean side of the story.

Although over an hour long, the film maintains the tension of a story which is at times deeply emotional, full of humanity and historically informative. This is history as it should be told and reminds us of how vital working-class solidarity is and how effective it can be, particularly in the world we are now living in, when some people are being categorised as of less worth than others and are denied basic human rights.

Don’t miss this film. Ask for it to be shown in your local cinemas and spread the word.

For details of screenings, visit naepasaran.com. This review first appeared in the Morning Star.

Forty-five years ago, on 11 September 1973, the Chilean military under the command of General Pinochet and backed by the USA, overthrew the democratically elected, socialist government of Salvador Allende.

Allende had won the election in September 1970, and was faced even before taking office with the enmity of the Chilean right, and the US government. The CIA planned a coup almost immediately after Allende’s victory.

Allende’s platform was one of for radical transformation: land redistribution, the nationalisation of major corporations (particularly the US-owned copper holdings), and fundamental changes in health, education and housing provisions. His government was well into this programme when initially middle-ranking military officers and later businessmen and generals put a violent end to Chile’s socialist reform.

During the 1973-90 Pinochet dictatorship, 3,095 people and about 1,000 "disappeared", Chile's Truth and Justice Commission has stated. Bodies are still being found today.

Victor Jara, communist and celebrated singer, was one of about 5,000 people arrested in the immediate aftermath of the coup, who were taken to the Chile stadium in the capital. There he was tortured and his hands broken. Even at that horrendous hour, Jara resisted and tried to give hope to those about to die, by singing „Venceremos”, the unofficial national anthem of the Unidad Popular movement, and the prisoners sang with him.

Along with many of his compatriots, Jara was murdered in this stadium. When Joan Jara went to identify her husband’s body, she found it riddled with bullets, with the wrists and neck broken and twisted.

Victor Jara was born 85 years ago, on September 23, 1932 into a family of farm workers. He learned Chilean folk traditions from his mother, Amanda, learnt to play the guitar and piano, became a singer, and joined the Nueva Canción Chilena (Chilean New Song) movement. The movement began as a small folk club, Pena Los Paras, led by Violeta Parra, an important influence on Jara in the late 1950s. Parra created a new kind of folk music in Chile, combining modern song with traditional forms. She established peñas, musical community centers. These launched many revolutionary artists.

The spring of his songs lay in a deep identification with the dispossessed people […], a deep awareness of social injustice and its causes and a determination to denounce such injustice […] in addition to the need to do something to change things

In Jara’s Manifiesto, written shortly before his death and released posthumously, he sings:

I don't sing for love of singing,
or because I have a good voice.
I sing because my guitar
has both feeling and reason.
It has a heart of earth
and the wings of a dove,
it is like holy water,
blessing joy and grief.
My song has found a purpose
as Violeta would say.
Hardworking guitar,
with a smell of spring.

My guitar is not for the rich no,
nothing like that.
My song is of the ladder
we are building to reach the stars.
For a song has meaning
when it beats in the veins
of a man who will die singing,
truthfully singing his song.

My song is not for fleeting praise
nor to gain foreign fame,
it is for this narrow country
to the very depths of the earth.
There, where everything comes to rest
and where everything begins,
song which has been brave song
will be forever new.

Victor Jara was murdered on 16 September 1973, aged forty. To his dying breath, he used his art to sing on behalf of the people. His last song was smuggled from the stadium of death by survivors:

There are five thousand of us here
in this small part of the city.
We are five thousand.
I wonder how many we are in all
in the cities and in the whole country?
Here alone
are ten thousand hands which plant seeds
and make the factories run.
How much humanity
exposed to hunger, cold, panic, pain,
moral pressure, terror and insanity?
Six of us were lost
as if into starry space.
One dead, another beaten as I could never have believed
a human being could be beaten.
The other four wanted to end their terror
one jumping into nothingness,
another beating his head against a wall,
but all with the fixed stare of death.
What horror the face of fascism creates!
They carry out their plans with knife-like precision.
Nothing matters to them.
To them, blood equals medals,
slaughter is an act of heroism.
Oh God, is this the world that you created,
for this your seven days of wonder and work?
Within these four walls only a number exists
which does not progress,
which slowly will wish more and more for death.
But suddenly my conscience awakes
and I see that this tide has no heartbeat,
only the pulse of machines
and the military showing their midwives' faces
full of sweetness.
Let Mexico, Cuba and the world
cry out against this atrocity!
We are ten thousand hands
which can produce nothing.
How many of us in the whole country?
The blood of our President, our compañero,
will strike with more strength than bombs and machine guns!
So will our fist strike again!

How hard it is to sing
when I must sing of horror.
Horror which I am living,
horror which I am dying.
To see myself among so much
and so many moments of infinity
in which silence and screams
are the end of my song.
What I see, I have never seen
What I have felt and what I feel
Will give birth to the moment…

In July of this year, 45 years after their crime, eight retired officers were sentenced to 15 years in prison for Jara’s murder.