30 years ago at approx 3.30pm Mairéad Farrell was murdered by the British state on Gibraltar. Standing by her side, also with his hands in the air, was Dan McCann who was also shot dead. A few hundred metres away Sean Savage was to have a similar fate. At the inquest the forensic scientist who examined Sean's remains said his killing had been a "frenzied attack" There were 29 bullet wounds in his body. All three were unarmed.

The following extract from a poem by Jack Mitchell is presented to mark the anniversary, and to mark International Women's Day.

from  GiB, A Modest Exposure

Deep inside Gibraltar Rock
There stands a town, or rather mock
Town, looking pretty
Like certain parts of Belfast City.
Here khaki cutthroats learn the art
Of taking a neighbourhood apart,
The stealthy approach, the dawn raid,
Crowd-dispersal with the aid
Of plastic bullets, CS gas,
The art of torture (not too crass),
Of close surveillance, hot pursuit,
With strict instructions, when you shoot
Be certain that you shoot to kill.

While, in their caves, at state expense,
These troglodytes of violence
Were taught tricks of the terror trade,
Outside, Gibraltarians paid
Their taxes and but scant attention
To this weird underground invention,
Until one mild March afternoon,
As balmy as an English June,
A Sunday, full of peaceful sounds
And strolling tourists on their rounds,
There came a change of quality.
The game became reality.
At sometime after three o'clock
The Thing they harboured in their Rock
Descended on them; out of the blue –
Slaughter in Churchill Avenue,
Panic amongst passers-by
As three young Irish people die,

Mown down by men with automatics.
The story goes, they were fanatics,
Dangerous terrorists, they said.
Who, the assassins? No – the dead.
It's sickening to hear them jaw
Of human rights and rule of law;
Their favourite view of human rights
Is down a loaded Browning's sights;
And as for rule of law, by God,
Whose law ordains a murder squad?
And murder it was, there on the Rock,
For all their gales of gusty talk.
Unarmed, unwarned, the Irish three
Were gunned down with malicious glee
By a gang of mindless yahoo brutes,
Great Britain's own Tonton Macoutes.

You meet them in the rugby clubs
And in idyllic country pubs.
The same white-collared yobbo clowns
Molest old folk in market towns.
All over Britain's blasted heath
They're springing up like dragons' teeth!
Born bullies, no, not born but spawned
In Yuppydom's malignant pond,
For twenty years or so matured,
With Bond and Rambo well manured,
Until they're rotten-ripe and drop
Into the Special Forces’ lap.
This concentrates their pith, and purges
Them of their last human urges,
Refining them to a noxious pearl
Within the Army's oyster shell.

Picture that dastardly attack,
How, first, they shot them in the back,
Straddled them where they lay half dead
And pumped their bodies full of lead,
Signing off with a shot in the face,
The SAS's coup d'isgrace.
Or was it the other way around?
Did the victims turn at some slight sound,
Throwing their hands up to provoke
The fatal words the Brownings spoke
Into their ears or to their face?
Such are the niceties of the case!
Whichever way, that awful spilling
Of human life was 'lawful killing' –
Or so the inquest said it was:
They had, they found, broken no laws,
Were gentlemen all – all honourable,
Their slight excess – exonerable.
Ah, Gentlemen they were – indeed,
Classic specimens of the breed.
Note how, in their message back to base,
Miss Farrell's name takes pride of place;
At every stage 'twas Ladies First,
Mairéad received their opening burst –
Perhaps by way of a bouquet
For International Women's Day?

The full poem is an epic poem attacking the system that cloaked the murders, and has an introduction by Gerry Adams and preface by Séamus Deane. It is published in book form and is available from: This email address is being protected from spambots. You need JavaScript enabled to view it.. The price is £10 incl. p&p to UK and Ireland. 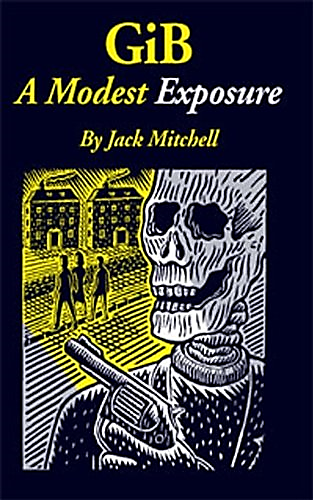