Chris Guiton develops the theoretical reasoning for the struggle for cultural democracy.

It was refreshing to read David Morgan’s feature ‘Reclaiming the Future’ in the Morning Star. As David and many others recognise, there’s a pressing need for socialists to move beyond an often narrowly defined and reactive anti-austerity agenda and develop a progressive political programme on a broad front which presents a clear alternative to the neoliberal status quo.

In this regard, it’s worth reflecting further on Antonio Gramsci’s profound insight that culture is a key site of political and social struggle and that ruling class ‘hegemony’, the influence the capitalist class has over what counts as knowledge, beliefs and values in our society, is exercised through a range of civil society institutions, including the media, religion and education. This power is not always visible but is tremendously important in the manufacture of consent and conferring of legitimacy on neoliberal ideology.

The explosion of popular culture since Gramsci’s time of writing (the Prison Notebooks were written between 1929 and 1935) has reinforced the significance of his thinking. Corporate-driven popular culture - films, TV, music etc - produces bland, uniform cultural products that encourage passive, docile consumption of their anodyne pleasures; promote an individualised, competitive view of life; and discourage independent, creative, critical thinking.

Historically, there has been a tendency on the Left to under-estimate culture’s political importance. Its significance has either been downplayed, with culture seen as an act of often private and largely passive consumption, or it’s been viewed in instrumental terms as a weapon in the political struggle for socialism. But a more constructive, utopian perspective also exists, based on the understanding that there is a dynamic relationship between the cultural struggle and the political struggle, with socialism, ultimately, viewed as a weapon in the fight for an enriched and democratic human culture.

Building on the work of Gramsci, the Marxist thinker Raymond Williams was keen to promote the concept of a cultural revolution to accompany the economic and political revolutions. He understood this as a ‘long revolution’ leading to socialism through the extension and deepening of cultural and educational democratisation. He sought to articulate the ways in which we might give voice to our lived experiences, currently marginalised by an hegemonic, capitalist narrative. A fully developed campaign for cultural democracy plays a key role here, becoming a mechanism for resistance to and change of the dominant culture in all its manifestations.

Challenging the appropriation and commodification of cultural activities by the ruling class starts from this understanding. The arts can take us into imagined worlds and enable us to understand how others live. They also have the potential to take on a more explicit counter-hegemonic character. Listening to the music of John Coltrane or looking at a painting by Cézanne can provide pleasure as well as help people deal with the alienation and oppression they encounter in their everyday lives. Culture can bring us together in shared, collaborative activities which are enjoyable in their own right. It can also encourage us to think critically, ask challenging questions and participate in the wider world.

At its best, culture not only has the potential to entertain and enlighten us, it can provide a broader canvas on which to understand historic, social and political issues, assert our common humanity against the divisions of class, gender and race caused by capitalism, and inspire radical change in the real world.

Similar benefits potentially flow from other cultural activities such as sport and religion. As well as being satisfying in themselves, they can provide multiple opportunities for social engagement, which reflect the fundamentally social nature of human beings, moral and emotional growth, and encourage a collective commitment to the common good.

One essential step is to reform the education system and replace the current, destructive audit and accountability culture, excessive testing and associated narrowing of the curriculum in our schools with an approach to education which is holistic, provides space for culture, and encourages children to think critically, questioning everything, nurturing enthusiasm for learning and intellectual curiosity. 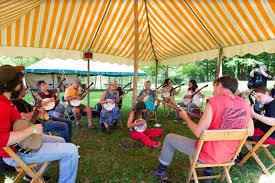 More broadly, we need to think about ways of facilitating and encouraging grassroots cultural formations and activities. There are some very good examples of people working together at various forms of cultural activity - whether learning to play a musical instrument, paint, write poetry, cook, play football or make films - for enjoyment, education or the value generated by doing things in a social environment. These activities may not be explicitly political, linked to any defined progressive thinking or located in the trade union and labour movement. But by providing platforms for people to share their work and ideas, and by encouraging people to do things socially and collaboratively, they build confidence, promote learning and open the doors to deeper levels of cultural and political engagement. 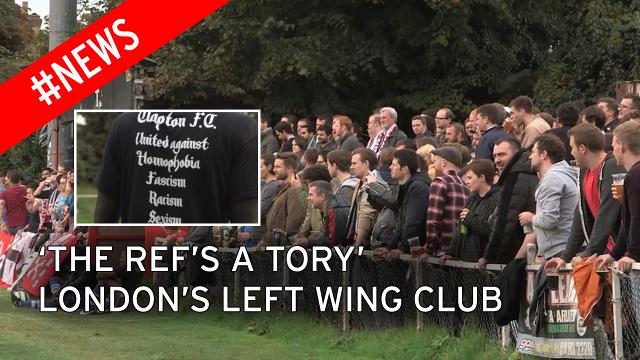 Think of the explosive anti-establishment energy unleashed by punk in the late 1970s, the DIY cultural ethic at its best. Or the way grassroots fan clubs have sought to challenge corporate control of the bigger football clubs and then gone on to build interest in more explicitly political campaigns against, for example, racism, sexism or homophobia.

The challenge is how to build on these foundations in a way which promotes the potential for all types of art and culture to provide opportunities for the articulation of alternatives to dominant views of society, which breaks down the barriers between ‘consumers’ and ‘producers’ of culture, and which underpins the development of a politics of radical social and political change. Whatever solutions emerge, the process must facilitate and encourage the formation of new collaborative networks at local, regional and national levels which are democratic, participative and empowering.

To return to someone we started with, Gramsci famously said:

The crisis consists precisely in the fact that the old is dying and the new cannot be born; in this interregnum a great variety of morbid symptoms appear.

We are living in very dangerous times as the crisis of capitalism deepens, reactionary forces in society resort to increasingly desperate measures to cling onto power, right-wing extremism is on the rise and the smear campaign against Jeremy Corbyn and the Labour Party plumbs new depths. We are at a critical juncture in the struggle and it is essential that the labour movement seizes the opportunity to move the political and cultural battle forwards and make the case for a genuine socialist alternative.

Profound new visions of a better world: why we need cultural education

Culture for the many, not the few

The cultural commons belongs to all of us

Culture is ordinary: the politics and letters of Raymond Williams